QuickTasks Mobile allows you to manage your tasks from anywhere

The best ideas seldom come when you're ready. Inspirations come while walking, cooking, shopping, you name it, and when they do happen, you want to capture them quickly and easily.

QuickTask Mobile is up to the task! The new QuickTask Mobile is the perfect FREE companion app for QuickTasks for Act!, allowing you to organize your thoughts from anywhere. Create, clear, or delegate any task, and then sync them back to your Windows app with ease. 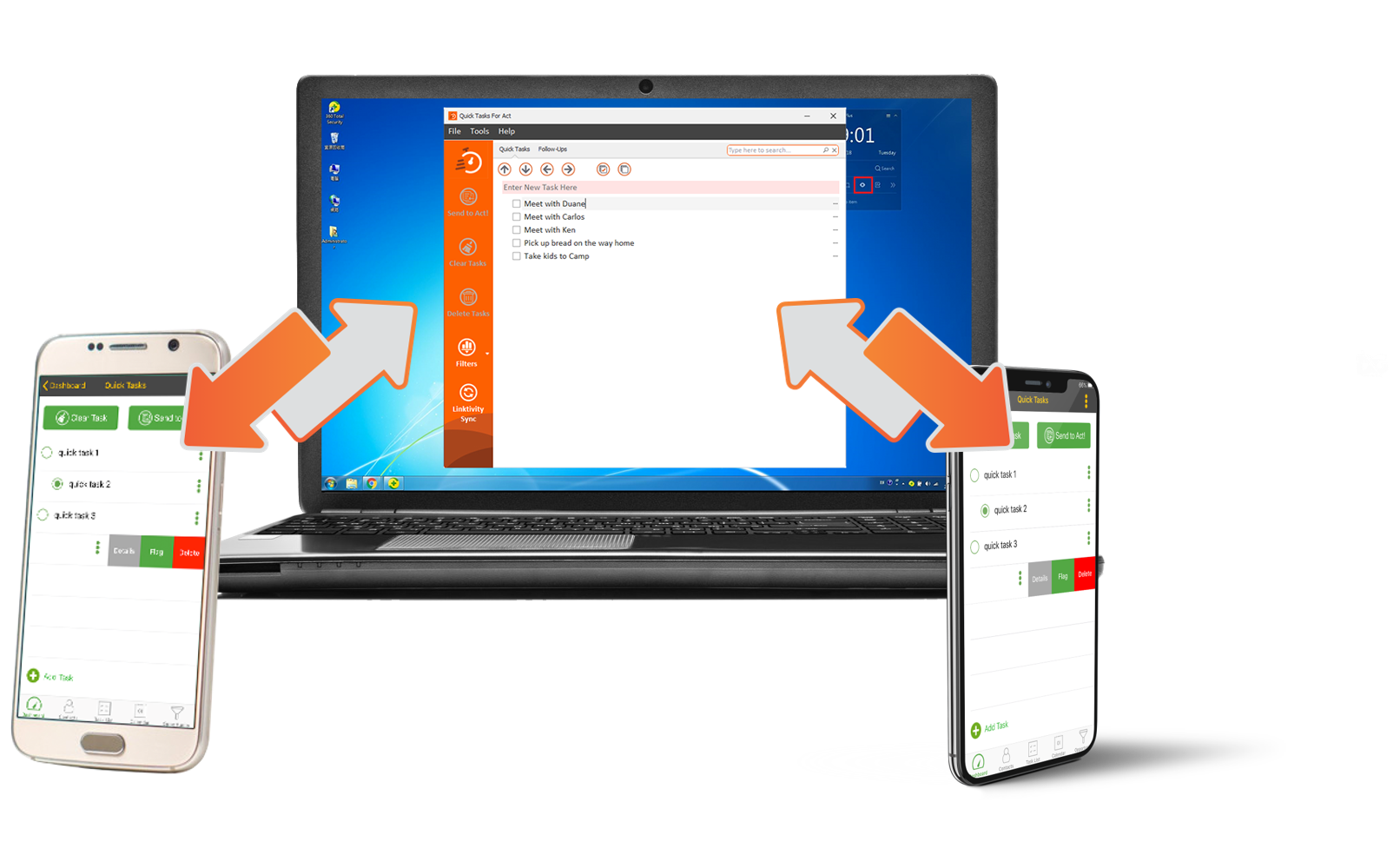 QuickTask Mobile, or “QTM” for short, was designed to extend the reach of QuickTasks for Act!, and raise your productivity to new heights. With QTM, users can sync all their tasks together to their mobile devices, complete with the “boards” they’re organized in. QTM downloads all your Act! users and activity types to your device, allowing you to schedule, delegate, and organize your tasks much like you would within Act!, as well as be alerted on your device when tasks become due.

You can even assign a task to another user, and email him an alert of this new task directly from QTM on your device. All these new or cleared tasks are then synced through our Linktivity server to ensure all QuickTask platforms are current, and then from QuickTasks for Act! you can share those tasks with either Act! or Webplanner to facilitate even greater collaboration.

QuickTasks for Act!
When QuickTasks for Act! was first released in February of this year, the scope of features was limited. We wanted to develop a tool that allowed Act! users to quickly and easily manage a task list outside of their CRM, while sharing some tasks with their team as needed.

After the first month, our team of 50+ ACC’s started making feature suggestions, and it wasn’t long before the program’s capabilities started to grow. Fast forward several months and this latest release is barely recognizable from early iterations. 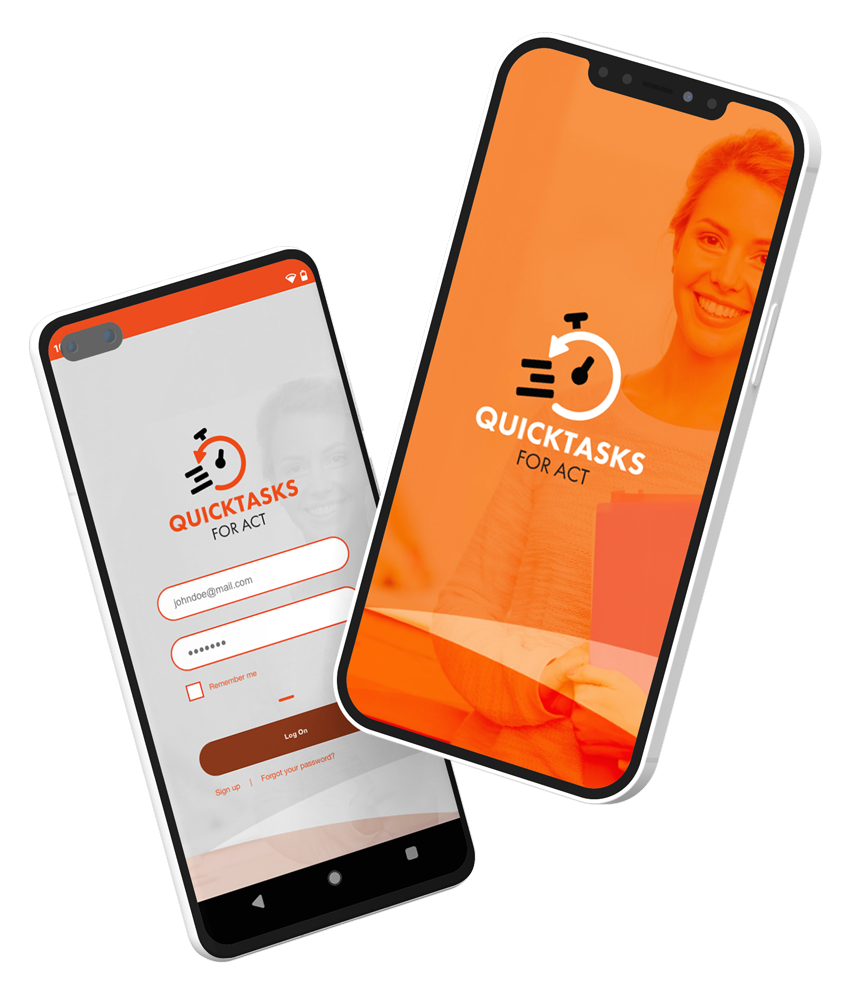 The new QuickTasks for Act! now imports in contacts and activities from Act!, and makes scheduling tasks with them a snap. What’s more, we’ve evolved this program to be a true collaboration tool as we’ve expanded the 3rd party integration to include not just Act!, but Webplanner.com, as well.

QuickTask Mobile
With the release of QuickTask Mobile (scheduled for June 28th, 2021), we continue the rapid evolution of this productivity app by extending its reach and keeping it at your fingertips, wherever you go. Turn your To-Do's into To-Dones from anywhere, with QuickTask Mobile!