In mid-September, Act v24 was released, which was the first 64-bit version of the Act! product ever made. This was a big step in Act!'s evolution, so we're excited to announce that in the coming few week's we'll be releasing v24 compatible versions of Keystroke Designer, Dash, and Alerts.

Earlier this week we deployed the new version of Dash internally, and it is working perfectly with our Act! v24 setup. 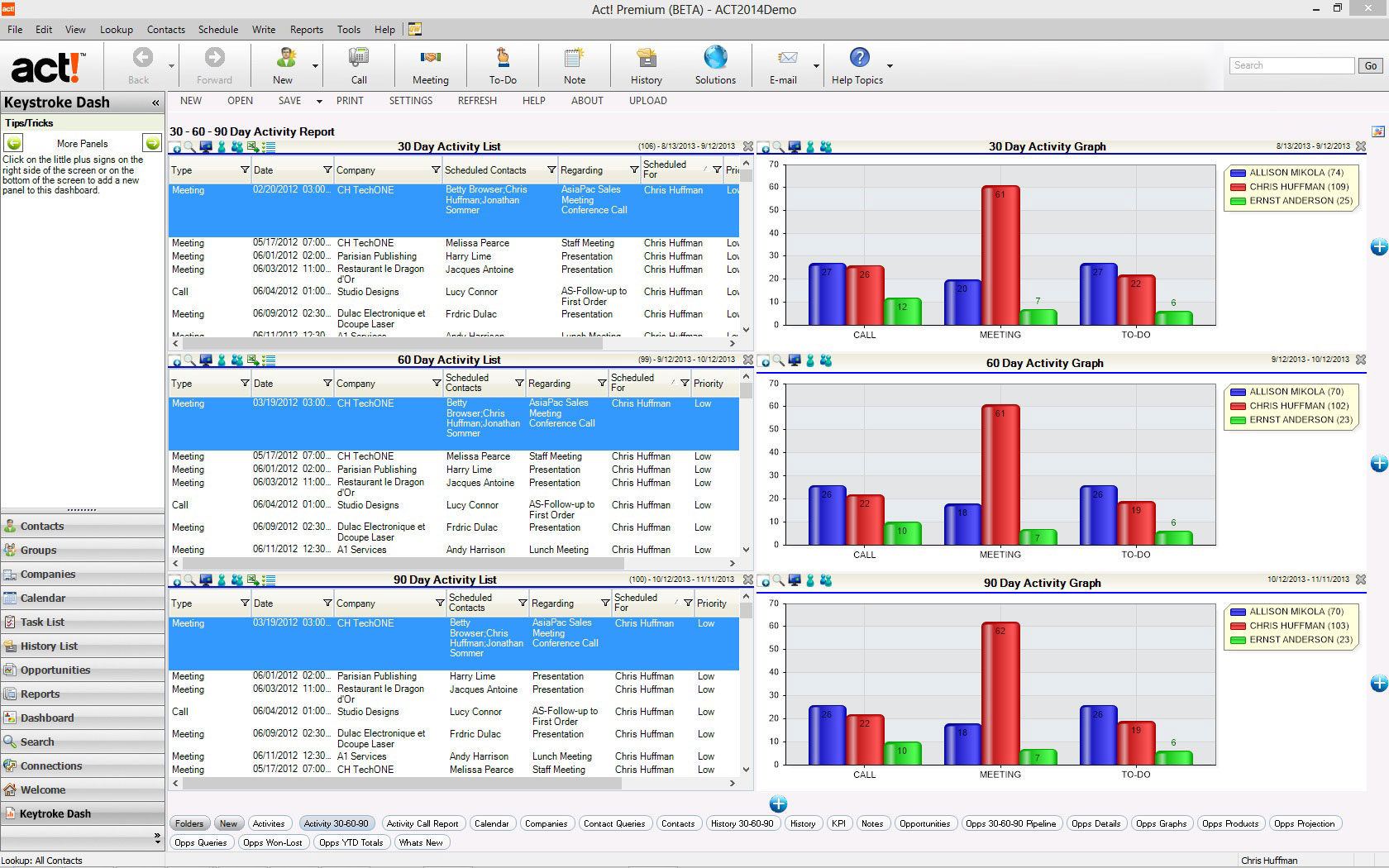 We also addressed some bugs reported with Dash in the past with certain linked activity reports that cannot be fixed due to issues with Act!, so these menu options are being removed. The longstanding issue with Opportunity Status has also been addressed with a workaround, where Dash will look for the Status field when it's launched, and if it doesn't find it, Dash will fix it automatically. Other minor features like emailing reports have been added.*

* These updates & fixes have also been applied to Dash 9.4 the current production version that works with Act! v23 and older.

Keystroke Designer will undergo a similar modest update for compatibility purposes. These changes will allow users to continue using the add-ons they love in the newest version of Act!, with minor enhancements. Previously we had announced that an update to Designer for v24 would not be released, but we're doing so now to oblige strong customer demand.

Keystroke Alerts had already been mostly updated, so this product will be the only one of these three add-ons with a full rewrite. 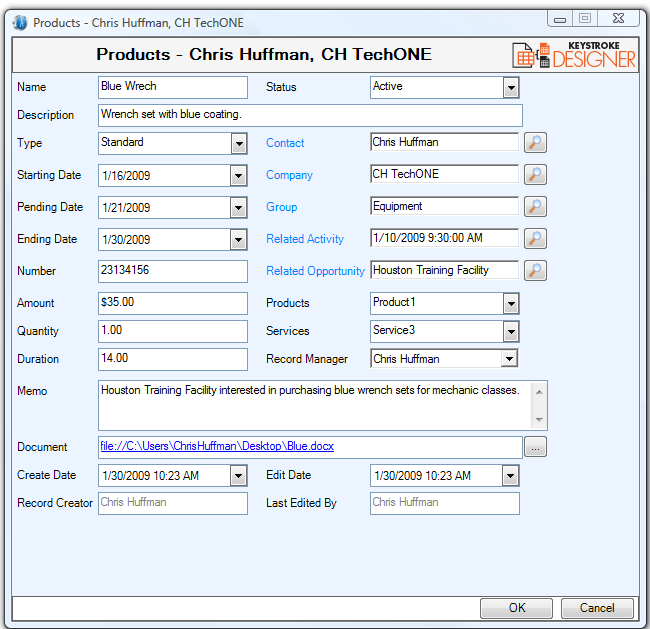 Implications of perpetual software licenses
It's important to note that all past TopLine products were sold with perpetual licenses, with no guarantee of future compatibility. While both TopLine Results and Keystroke do nothing to limit any of these add-on's version support, significant changes to Act! (including .NET or bitness changes) may require us to release new versions to support them. In such case, past Keystroke customers with eligible products can get upgrade pricing on these new versions.

Thanks for continuing to support this suite of add-ons, and stay tuned for more updates in the weeks and months ahead.