Important notice for our customers – COVID-19 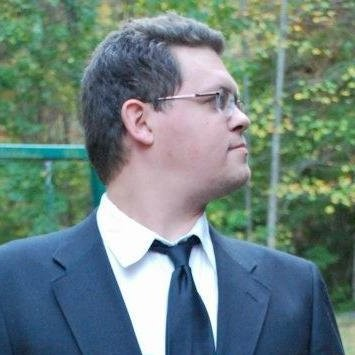 For years Billy Clark was the guy all Act! technical issues escalated to. Whether you were an Act! Consultant or an end-user, if your technical issue could not be solved by the support reps in Chennai, or the many Level 2 support agents in Scottstdale or Newcastle, you were escalated to Billy - who managed the Scottsdale Technical Support team and trained new support staff. Most Act! Consultants worldwide know Billy because he was always the last line of defense on support issues, and also handled all the database repairs.

When Swiftpage acquired Kuvana in late 2018, the makers of Inbox Guru (the product later to be known as Act! Marketing Automation), Billy was one of the first technicians to be involved in the Act! integration, and over the years became one of their top AMA technicians. Frankly, during the early painful days of AMA, we got to know Billy quite well because most of the token errors that vexed users back then were escalated to him to solve. More than just a software mechanic, though, Billy became intimately familiar with all aspects of the marketing automation platform from design, campaign building, decision trees, landing pages, and yes, troubleshooting. In fact, it's not an exaggeration to say Billy is amongst the top three AMA experts in the world, after the developer and one other trainer at Swiftpage.

Billy was also the project manager that launched Act! Premium Cloud in-house with Swiftpage, as well as managing the Server Operations teams, and from time to time was asked to help with Swiftpage portal development. As you might have gathered, Billy has done it all, and earned himself quite a reputation along the way. So when he approached us last Friday about the possibility of working with Keystroke, it wasn't a long courtship. Even with the uncertainty of the current market, we knew we were a stronger company with Billy, and we are delighted to announce he starts with us on Monday, March 30th as a Senior Support Rep and Trainer.

Keystroke customers can expect Billy to lead weekly AMA training through April as we focus on educating our customers through these difficult times, so they can emerge from this pandemic with better marketing & CRM skills. As the world's #1 reseller of Act! & AMA, we'll also be reaching out to our Growth Suite customers to ensure they're technically able to implement AMA into their marketing plans, and Billy will be the lead on those efforts.

Over the years we've had some key individuals join our team that redefined what we, as a company were capable of, and Billy is certainly capable of doing the same. Monday cannot get here soon enough.